We're On The Monopoly Board! 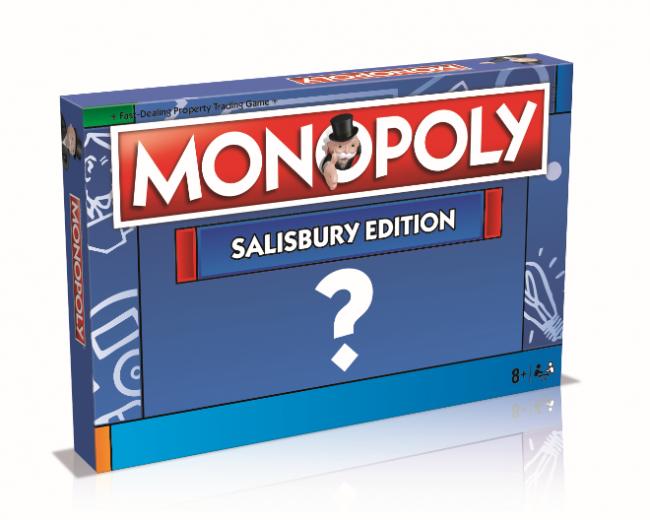 We are very excited announce that Alabaré has been voted by the general public to feature on the Salisbury MONOPOLY game, which goes on sale tomorrow!

We are one of only three leading charities have won the ‘Chance’ to star on their very own squares on the brand new official MONOPOLY game for Salisbury, which hits the shelves at 10am tomorrow (14th October 2020).

The public were invited to suggest, recommend and nominate charities to appear on the board back at the beginning of the year.  We are so grateful to everyone who voted for Alabaré, and thankful to be part of the wonderful Salisbury community.  Now Alabaré will be immortalised on one of the game’s three Community Chest squares on the official MONOPOLY: Salisbury Edition game.

“Alabaré was founded in Salisbury 30 years ago next year in response to a growing need to help the homeless and vulnerable.  Salisbury is our home and one we are passionate about.  Over the past thirty years we have supported thousands off the streets, by providing a secure home, a programme of support, training and education so they have the confidence and opportunity to live fulfilling lives.  To be recognised by the residents of Salisbury to be one of the key organisations here is just wonderful and we thank them so much for their vote.  We have a heart for the homeless and vulnerable, just as much as we have a heart for Salisbury.  We are also honoured to be featured alongside some incredible landmarks such as Salisbury Cathedral and Old Sarum Castle – both of whom we have partnered to benefit the vulnerable we strive to support.  Our thanks must also go to Winning Moves UK and Monopoly for this fabulous opportunity,” commented Alabaré’s CEO, Andrew Lord.

Two other worthy city charities will each get to appear on the board too and have previously been announced. They are The Stars Appeal and Salisbury Hospice.

"The three Salisbury charity MONOPOLY spaces on each of the game’s three Community Chest squares is our way of thanking the public for getting behind the game so very enthusiastically," says a spokesperson for Winning Moves UK, makers of the new game under license from MONOPOLY owners Hasbro. “A very big congratulations to Alabaré Christian Care and Support. They secured a huge amount of votes from the public.”

Earlier this year, Winning Moves UK announced that Salisbury is to get its own MONOPOLY game after seeing off a host of other places across the UK in a nation-wide “beauty contest”.

“We hope the game can go some way to lifting spirits in this most unprecedented of times”.

The new edition will hit the shops at 10am tomorrow in toy and book stores including WHSmith, Waterstones, The Works, Ryman and very widely online, including on Amazon.  Several local independent shops in Salisbury will also be stocking the game.