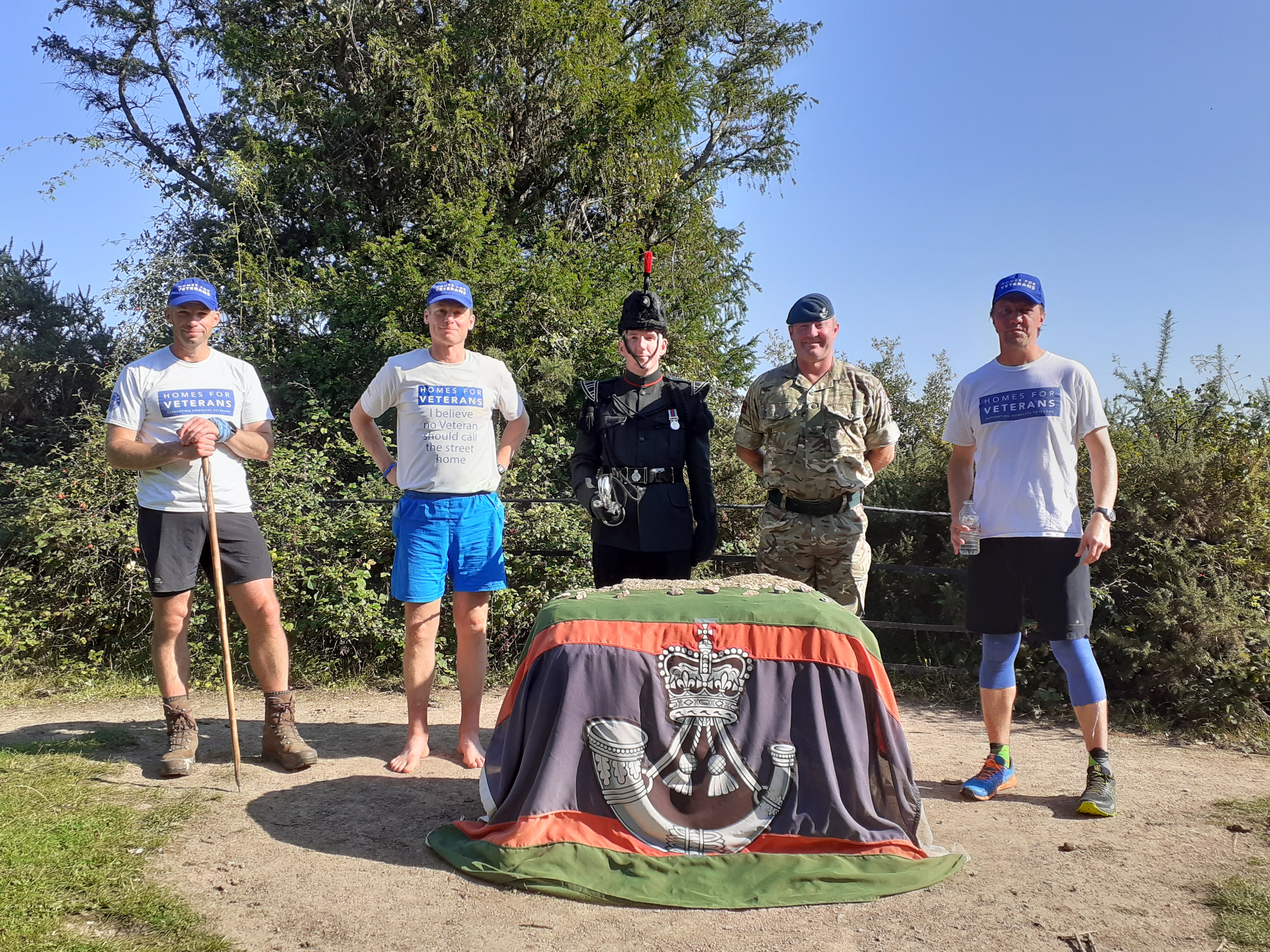 This week, our three incredible Ambassador runners have completed the epic, 177 mile Offa’s Dyke trail raising vital funds and awareness for our Homes for Veterans. Charles Malet, Alex Cooper and Tom Hall set out from Prestatyn, Denbighshire, at 5am on Friday 11th September and successfully arrived at Sedbury Cliffs in Gloucestershire mid afternoon on Monday14th

The trio were each determined to complete the harrowing challenge they had set themselves despite the pain, exhaustion and injury that they all suffered.

"The draining sense of continued fatigue and the almost unbearable pain made the finish seem, frequently, completely unattainable. Then, I would look down and read 'Supporting Homeless Veterans' written on my wristband, lift my head up again and push on", said Charles afterwards.

The undulating route of the Offa’s Dyke runs North to South along the entire historic English Welsh border and is equivalent of almost 7 back to back marathons with nearly 30,000 feet of uphill – a climb greater than that from sea level to the summit of Everest.  Along the way the trail passes through some of the most beautiful scenery.

Charles, Alex and Tom, two of who are Veterans themselves, signed up for the challenge to raise awareness and vital funds for ex-Armed Forces personnel who find themselves homeless and living in crisis in their civilian lives.  Our Homes for Veterans provide accommodation and support for over 110 Veterans every night who would otherwise be forced to sleep on the streets, but we can only do this with the help of our wonderful supporters.

The three runners were honoured in turn as they crossed the finish line, by the sound of the bugle played by Rifleman Sean McGrogan of Bugle Platoon, 1st Bn The Rifles.  Also there to welcome them was Major Rod Poulter MC, Officer Commanding Headquarter Company 1st Bn The Rifles, and our team from Alabaré Homes for Veterans.

Chairman of our Gloucestershire Ambassadors, Ian Harris said when he caught up with Charles to cheer him on during day three of the trail;

“An unbelievable achievement in every respect: Vision and organisation to get the challenge off the ground; a fabulous fund raising launch so far for Homes for Veterans; the raising of awareness across Wales and England of the charity; and not least, such a gritty, determined and continuously inspiring performance throughout the entire 3.5 day ‘run/walk’ together with Alex and Tom; ...and I could go on, so much more too.  A fabulous effort – we all salute you and say ‘thank you’."

Please show you support for the incredible achievement of Charles, Alex and Tom by sponsoring them at justgiving.com/fundraising/offa2020