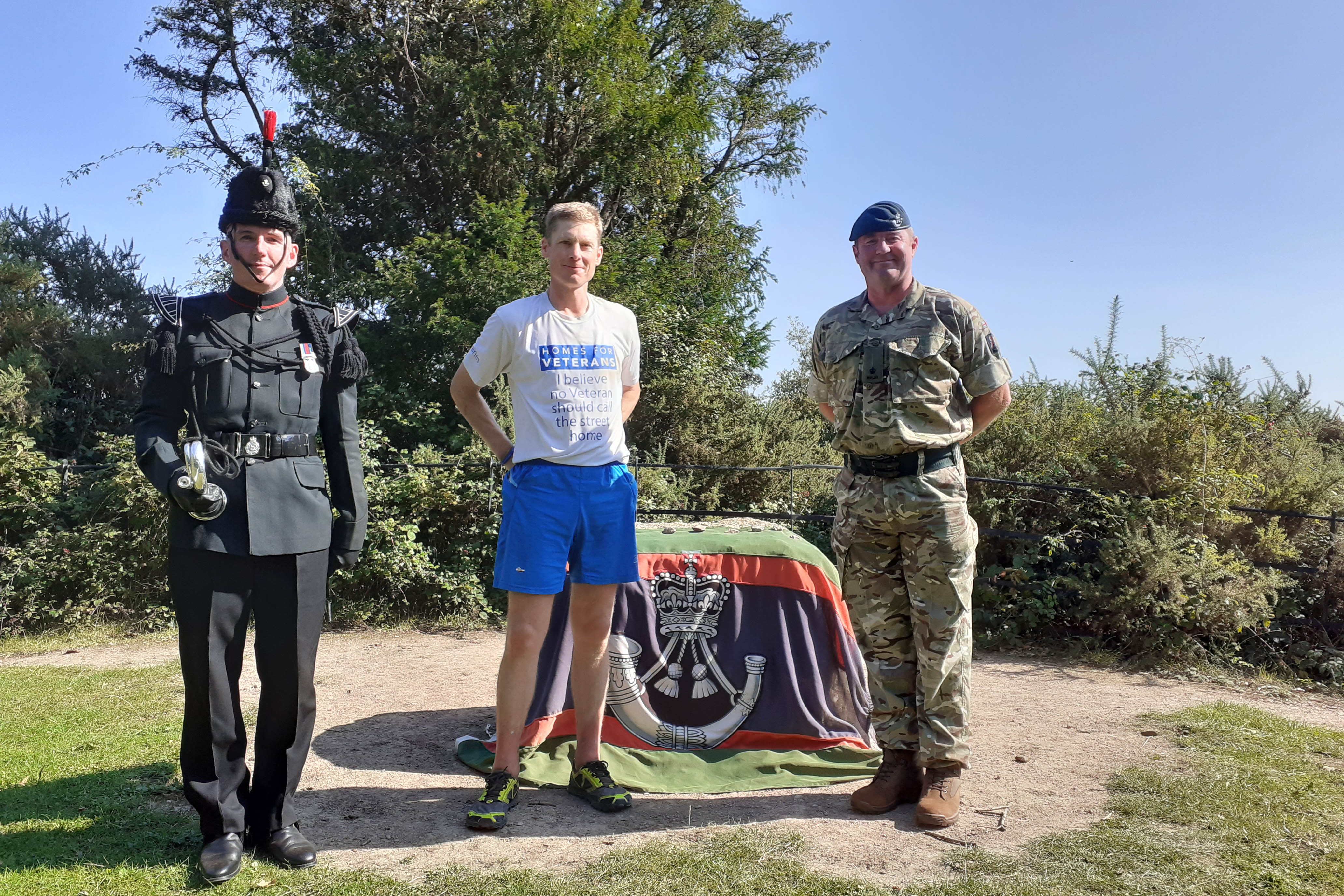 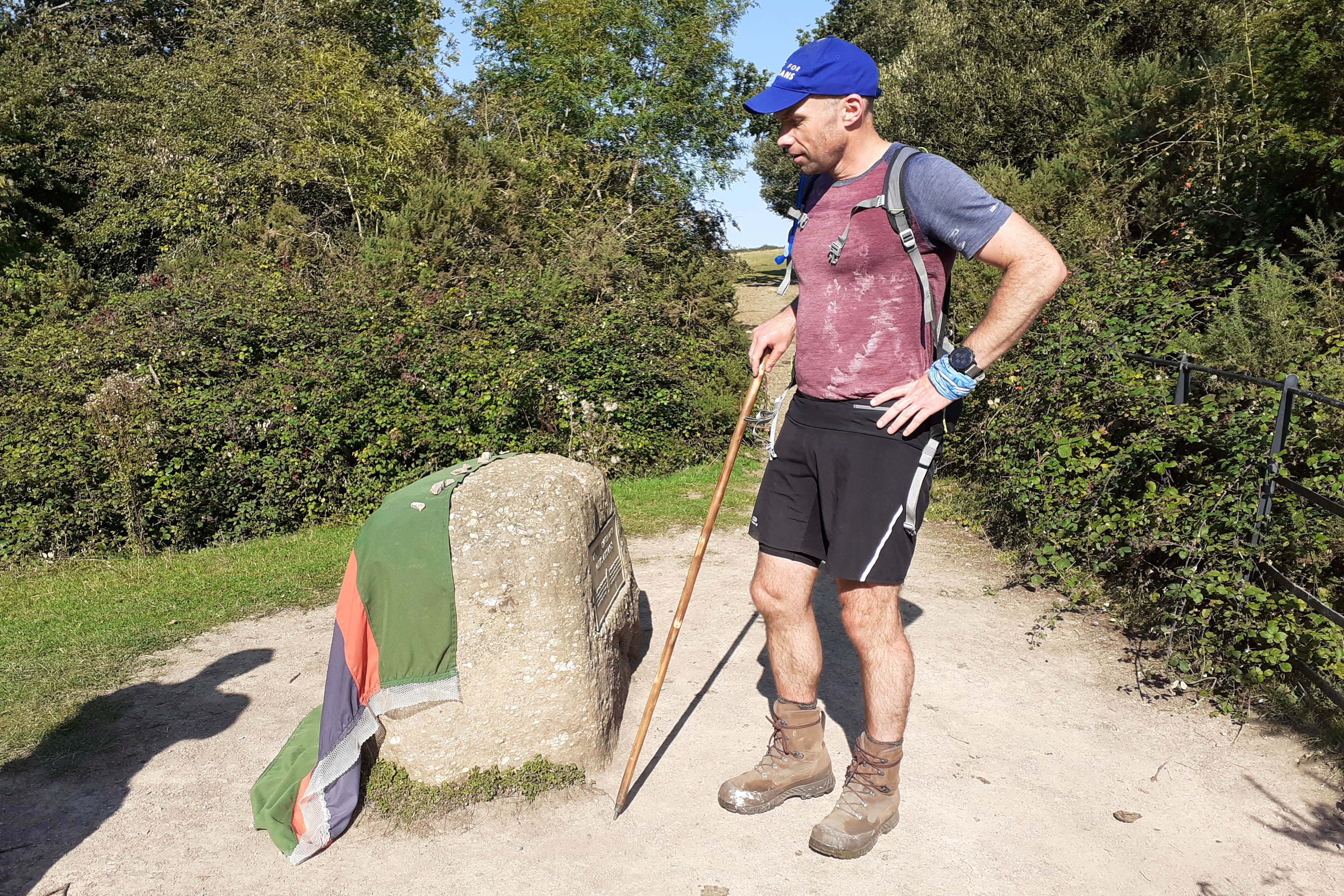 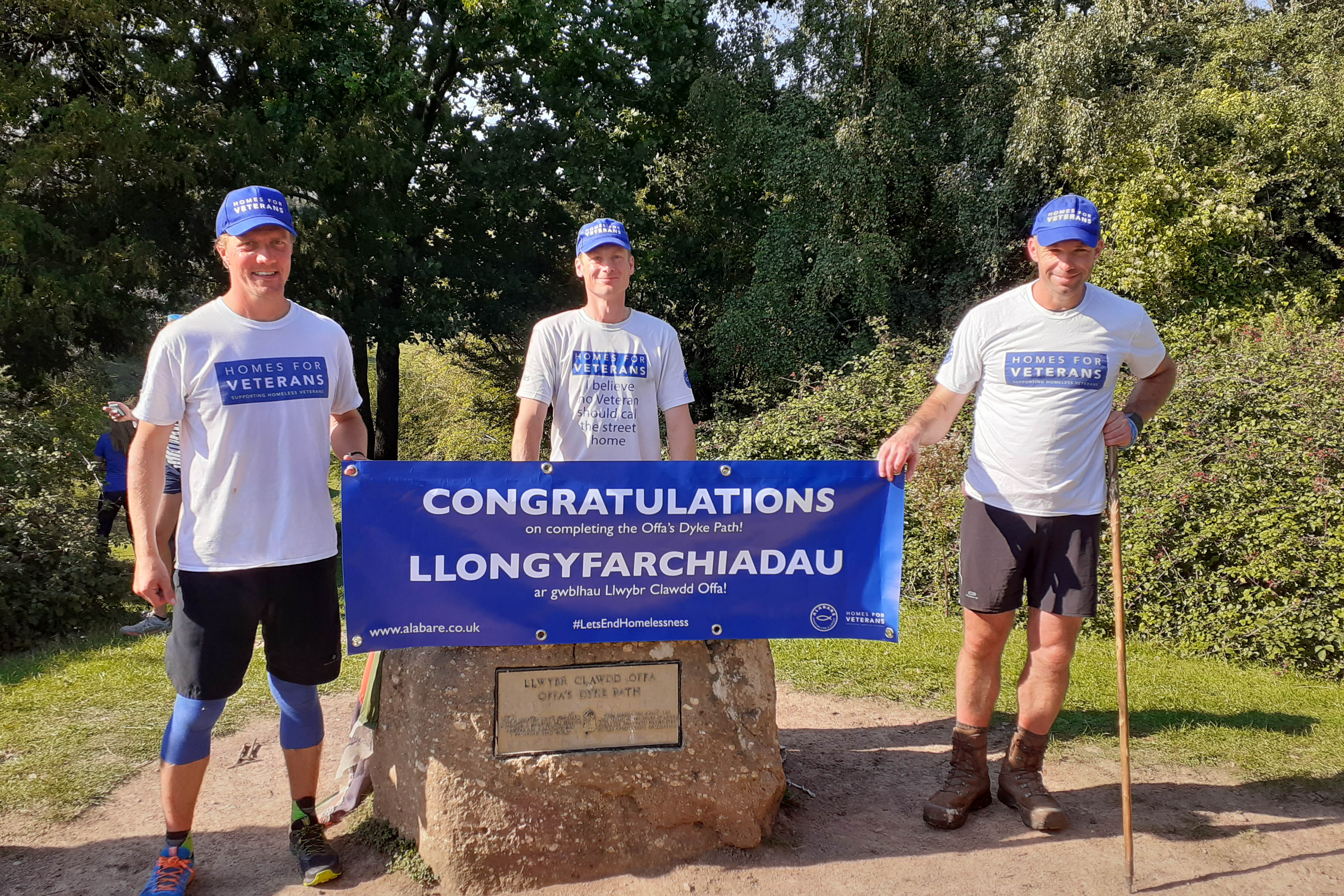 Over the course of this report, I will hope to give you an idea of why Alex Cooper, Tom Hall and I attempted the Offa’s Dyke Challenge, what it was like and why I believe the overall awareness and fundraising campaign for Homes for Veterans is important.  I have also written a separate account which just deals with the horrors of the event itself.  If you think you have the stomach for it, please let me know and I can send it on.

As the Armed Forces shrinks so does the number of people that know what its personnel are capable of and, more importantly, the sorts of issues that they are likely to confront once they stop serving.  For smaller, leaner charities like Alabaré to thrive, there needs to exist an awareness of the critical frontline work they are conducting.  And, of course, they need money.  Of the £2 million per annum required to make the Homes for Veterans programme run, a whopping £800,000 has to be found through grants and donations.

Since the Homes for Veterans area of operations currently covers north Wales, south Wales and the south and south west of England, the Offa’s Dyke Path offered itself up as a pleasing geographical line of linkage.  It crosses the border more than 20 times and at nearly 200 miles, it was fair to imagine that it would be pretty hard work to do in one go.  So much so, in fact, that we should be able to generate some good publicity at the same time as slogging our guts out to raise funds. 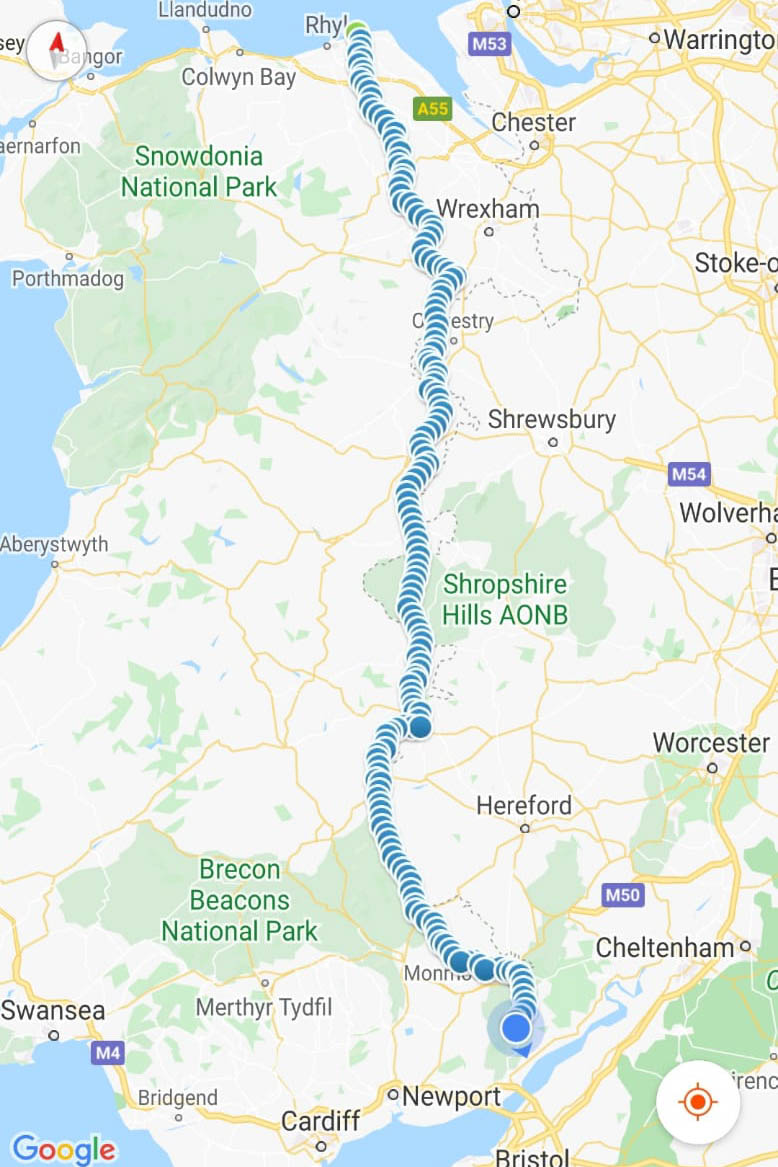 So, in a nutshell – maybe a coconut shell – that's why we set out to do it.  Trying to contextualise a route as long as the Offa’s Dyke Path is a bit tricky.  If you’re a 400 metre runner, one way to get better at it is to keep running the 400 metres.  But, if you want to run 177 miles, you, er, run over a thousand miles in training and accept that you’re still none the wiser.

The Challenge In Summary

As someone that has developed a fairly intimate working relationship with pain over the years, the Offa’s Dyke Challenge presented an enhanced opportunity to learn considerably more about it.  This is the least pleasant endurance exercise I have been through.  For the last 76 miles, every single step I took was somewhere on the spectrum of complete agony (and the whole route was in the region of 400,000 steps).  So, if you wonder whether there’s much difference between going, say, 50 miles, or 100 miles and 181 miles, the answer is yes.  The effects are cumulative and my internal thesaurus has been pretty busy searching for words synonymous with ghastly.

I finished in 81 hours.  A mad mix of adrenaline and some sort of primal energy carried me through the final 6 miles at a run and I sprinted up the steep slope to the finish.  I write this 3 days later and I am still not able to walk properly.  I do, though, take good advice seriously.  Plenty stressed the importance of walking poles.  I duly bought some and do not regret it one bit.  They remained in their packet throughout the challenge but are now critical to being able to get around at home.  I am 12lbs lighter than I was at the start, I consumed at least 12 litres of fluid and burned more than 20,000 calories during each 24hr period.

Each of the 3 of us suffered very deep troughs of pain and misery, at differing stages, and we all bounced back to end the course with our heads held high.  I was aware of actually groaning out loud through many miles.  Incredibly, I encountered 86 peaks, which varied greatly, though the theme was certainly large and very steep and they added up to just under 29,000 feet.  I was very lucky to escape serious injury from the falls I took.  The publicised distance of 177 miles is, indeed, wrong.  4 more miles won’t sound like much, but....

The route is unbelievably beautiful and Offa’s Dyke itself a real wonder of engineering.  The level of support we received, on the course and off it, was outstanding.  The fundraising and awareness campaign is taking off and I ask for your help with this.

A lot of very generous donations have come in and we hope for many more.  On a technical note, if you do not allow your name to be visible on the JustGiving website, we have no way of knowing who you are.  This is a pity as we would like to thank you all individually, so please get in touch if you wanted to be anonymous on the website but you did want to be known to us.

This has cost the Homes for Veterans programme nothing.  All proceeds go directly to the charity.  Please send this on to anyone that you think would be interested in reading it, or supporting the charity, or promoting the campaign.  The target remains £100,000.

For photographs, media clips and other items of (possible) interest, please see below.  If you’d like to read the fuller story, with the detail of the challenge itself and the descent into an inferno of pain, please request it by replying to this email.

BBC Radio 2: Whilst chatting to a lovely couple resting on a stile on the first day, it became clear that they knew who we were as they’d heard Zoe Ball give us a ‘shout out’ on her Radio 2 breakfast show that morning!

Twitter, for photographs, videos and the updates in retrospect: https://twitter.com/H4V_Alabare

Offa’s Dyke is the longest earthwork in the country and it is designed to be higher on the east with the ditch on the west, in order to repel eastbound incursions into Mercia.

If you have ever seen me within reach of a cream tea or a pork pie, you may be interested to know that I adopted a completely vegan diet 6 months ago – with this challenge in mind – based on the compelling documentary, The Game Changers.  Well worth a watch and more entertaining than reading this drivel.

Apart from the incredible (and hopefully short-term) damage I have done to the fronts of my ankles and the base of my shins, I have not a single blister, nor any pain in my feet, knees, calves, thighs or hips.  In 2016, I read Born to Run and threw my running shoes over the nearest hedge to try ‘barefoot’ running, which has morphed slightly to forefoot running.  Also, I do not wear socks inside my running shoes, which helps my feet dry out quickly and makes the skin tough enough to withstand a lot of grit and mud flying around within the shoe.

I wore Altra Lone Peak 4.0 on my feet, which have a ‘zero-drop’ sole and I cannot recommend them highly enough as they allow the foot to splay out properly when landing.

A couple of years after leaving the Coldstream Guards, I became a volunteer Ambassador for Homes for Veterans in Gloucestershire and, since then, I have seen success upon success built up from the often awful set of circumstances that lead to veterans becoming homeless in the first place.  Whilst it is fair to say that we, as veterans, may have encountered situations in the workplace that others do not, this does not make us ‘damaged goods’.  The contribution to society and to the economy made by the veteran community is enormous.  It is often the exposure to – and readiness to deal with – the exceptional challenges of the military environment that can make the veteran such a valuable asset to the civilian world.  Homes for Veterans makes sure that those qualities in the individual are brought to the fore again and that those in residential care do return to independent living, often stronger and better for it.